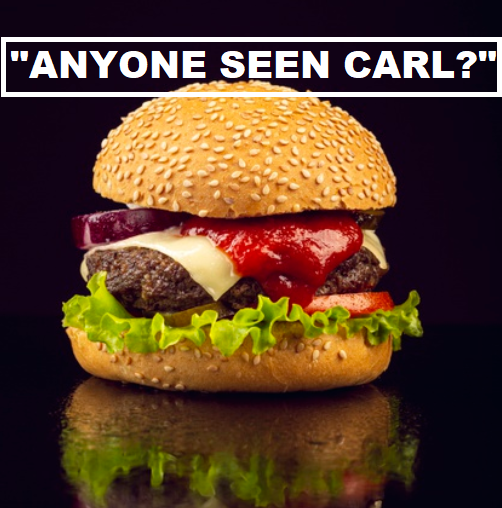 As media companies rely more and more on online-advertising that pays per eyeball an article has on it, the natural way to attract those precious clicks and views to your articles are shocking, attention-grabbing headlines to drive traffic to it. When the title of a seminar is so juicy that the articles write themselves and you can angle it to exactly however you want it to sound, but nobody takes a moment to dig in a little bit, you hit the clickbait-jackpot. I happen to have a shovel though.

“Swedish Scientist proposes Cannibalism to fight climate change” – That is one sexy headline right there. But is it true? Well, arguably no. Unless you really want it to.

The Gastro Summit is a convention where the focus is on innovation and sustainability in the food business held in Stockholm with lectures, showcases, and seminars revolving around the topic of the summit. Magnus Söderlund, the consumer behavior researcher that made the headlines, had two talks at the summit: The effect ecological labeling has on consumers and, the more famous, about the idea of eating human flesh.

During the talk, Mr. Söderlund held a survey to poll the participating audience on their thoughts on 5 different meat options, and the options for the survey were: Beef meat, vegetarian meat-substitute, ants, cats, and human

8% of the seminar goers answered that they could imagine eating human meat (which was more than those positive to eating cats, according to Mr. Söderlund in a Swedish radio interview). I guess the seminar-headline was picked out specifically to attract more interest and a higher turnout of listeners, just like a clickbait headline would, but the talk was going through several alternative options to the traditional protein-consumption found in the west.

Magnus Söderlunds area of expertise is finding out the ins and outs of why people buy (or don’t buy) certain things by looking at all the factors going into purchases, and he has written 8 books on the subject and conducted a lot of tests on consumer satisfaction and attitudes toward occurrences in the market: One of my favorites of those being the effect smiling servers/bartenders have on sales (which I’ve emailed to my boss actually!).

With all this in our back pocket, are Magnus Söderlund actually suggesting that we use cannibalism practices for a more sustainable future? No, he is more interested in the attitudes towards cannibalism and likes to leave all stones turned before settling down on any final conclusions of his research. In a Swedish Channel 4 interview, he talks about the importance of understanding taboos, for example, the disgust towards insect-protein here in the West (and claim around 2 billion people on the planet eat it in some form or the other, but is almost non-existent in the West) and said that he doesn’t believe that we will eat human flesh in the future, stating it as very unlikely on attitudes alone.

Which is quite a different message than the headlines plastered all over the Internet and many authors of these articles strawman the talk Magnus Söderlund was doing into something it is not. Take this headline for example: “Swedish Researcher Pushes Eating Human Flesh as Answer to Future Climate Change Food Shortages“. Asking a survey-question isn’t pushing something. If that was the case he also pushed cat-meat and ant-meat too. I guess the already long headline would crack under its own weight then?

I don’t know the political leaning of Magnus Söderlund, but the comment sections all over the place try to nail him down as a “Leftist” based on misleading headlines. If there is anyone pushing anything, it is the word-merchants that want to sell ads at all costs by luring in people with Shock Value.

Hey, you! Thanks for stopping by and reading. Do you want to support the Utopium Project? You can do that with crypto over at Bitbacker. Thanks for your consideration ❤