What if you rented a property for a couple of years, living off the land and wrote a journal? That kind of adventure is what Henry David Thoreau did, and he journaled this chapter of his life in his book “Walden”. I’m glad he brought us along. 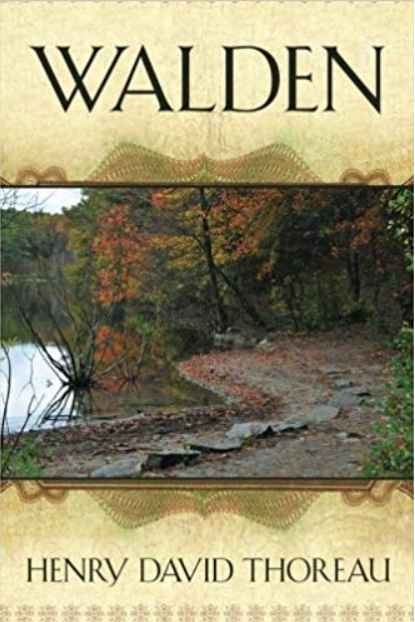 “It would be some advantage to live a primitive and frontier life, though in the midst of civilization, if only to learn what are the gross necessaries of life and what methods have been taken to obtain them” -Henry David Thoreau

The first thing that hits me when reading “Walden, or, Life in the Woods” (which is the original full title of the book) is how conversational in tone the work is. It is like you take a peaceful stroll together with Thoreau as he lets you in on his stream of thoughts, without taking a break.

He zooms in on details, as you walk with him, going through their significance and continues on his literal walk, with the reader in tow.

Curious notions of the fickle nature of Parisian fashion gets seamlessly mixed with a statement on how some of the Egyptian wheat that exists in his day was descended from someone that is now a mummy – Thoreau’s mind wanders from observation to a conclusion and onwards to a new observation. Social commentaries are sprinkled into an otherwise casual conversation:

“I cannot believe that our factory system is the best mode by which men may get clothing. The condition of the operatives is becoming every day more like that of the English; and it cannot we wondered at, since, as far as I have heard or observed, the principal object is, not that mankind may be well and honestly clad, but, unquestionably, that corporations may be enriched” – Henry David Thoreau

It took me a good 30 or so pages to get used to not only this older style of writing Thoreau uses, but also the long sentences split up with a handful of commas. But, this way of writing strengthens the conversational feeling of the book, making the message Thoreau wants to deliver very informal and relaxed.

Thoreau is like that friend that is like a living encyclopedia, full of knowledge about all sorts of stuff you never knew you about. That friend that is not afraid to spill out all the things he knows: Stopping mid-sentence to point out something that caught his interest, that he knows some obscure facts about. That insightfulness makes the book a philosophical journey with a mentor that loves to give you a piece of his mind, especially his critique on how the modern man makes himself poor, voluntarily, through housing rents:

“In the savage state every family owns a shelter as good as the best, and sufficient for its coarser and simpler wants; but I think that I speak within bounds when I say that, though the birds of the air have their vests, and the foxes their holes, and the savages their wigwams, in modern civilized society not more than one half the families own a shelter.” – Henry David Thoreau

Not only skeptical about rents, owning a house isn’t making you freer in Thoreau’s idea world (“And when the farmer has got his house he may not be the richer, but the poorer for it, and the house has got him“), viewing it as an anchor that keeps the families stuck in place. The author is also not a fan of expensive clothes and other materialistic objects that are seen as necessary for a life in civilized society, you are only working to get things that add new burdens to your life.

On this concept, there is a funny part in chapter one where Thoreau explains that he didn’t accept a rug that one of his neighbors tried to give him because he viewed it as disturbing the minimalistic approach to furniture in his home – In fact, it the rug would only add work to his everyday life, not only did he need to clean the floor but with the addition of a rug, he would need to clean that too!

“A man is rich in proportion to the number of things which he can afford to let alone.”  – Henry David Thoreau

It’s a long read (over 300 pages), but it is a book to be experienced and explored – It is packed with a very radically different approach to our modern day life. Very zen-like. If you need a book that gives you something meaty to meditate on in your life, this book is a bullseye for long autumn evenings. I enjoyed every page and “Walden” will be a book I’ll consider re-reading soon again, it is packed densely with philosophy so I’m not sure I could get every bit of wisdom from just one reading. I’m looking forward to the next time I take a walk in Walden… 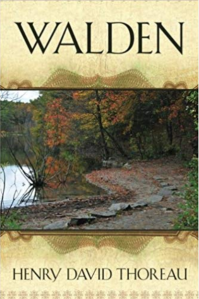 Want to get a copy of the book? Buy it here through Amazon!