As one of the founders of what is today called the Austrian School of Economics, former Austrian minister of finance and one of Ludwig Von Mises teachers, Eugene Böhm Von Bawerk is a fascinating figure. The most famous book he wrote, “Karl Marx and the Close of his system”, is worth a look for anyone that wants an example of how other economists handled the material put forth by Karl Marx. 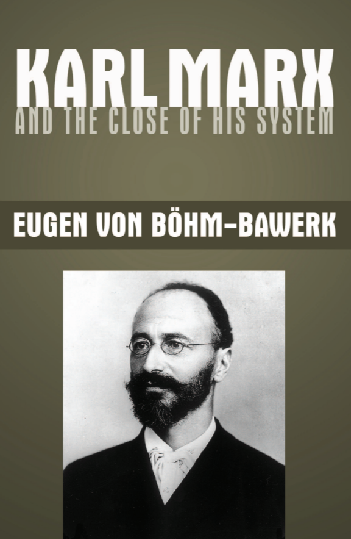 If all book titles were as descriptive as Böhm-Bawerks “Karl Marx and the Close of his system” it would be both easier to pick out relevant literature to read and really, really boring. None the less, the author sets out to dissect Marx’s three volumes of “Das Kapital” , or “The Capital” as its English title is, and the inconsistencies he saw within and share his findings in book form.

As the first item on the menu, Böhm-Bawerk points to how Karl Marx seems to build up his version of ‘Labor Theory of Value’ in “The Capital volume 1.” and then leave the concept floating by the 3rd volume of “The Capital”. You can sit with a copy of Marx book open beside you and read Böhm-Bawerk’s references to pages and follow along as he points to where Marx seems to oppose himself, by which Böhm-Bawerk reflects:

“I cannot help myself; I see here no explanation and reconciliation

Marx’s third volume contradicts the first. The theory of the

average rate of profit and of the prices of production cannot be reconciled with the theory of value.”

Moving forward, after having pointed out the contradiction, Böhm-Bawerk is wrestling with the ‘Labor Theory of Value’ itself. Karl Marx argued that the value of a thing is only coming from the amount of time spent making it, while the classical economist view this as one of many factors that give a commodity its value. Böhm-Bawerk writes: “I ask today as I asked twelve years ago: Is there only one property? Is not the property of being scarce in proportion to demand common to all exchangeable goods?”

In the theories of Marx the supply and demand cancel each other out as an economic factor when a price is set, but Böhm-Bawerk seeks to debunk this by pointing out that that the total demand is often not seen when making calculations of price: The ones that want the goods offered but can’t pay the market price, or the producers that refuse to sell their goods at the current market price are two examples of supply and demands that go unseen, since no transactions happen. But, these elements are important to the total demand and supply overall:

“It is not, therefore, the successful competitors only who take part in determining the level of prices, but the respective circumstances of those who are excluded have a share in it as well” – Eugene Böhm Von Bawerk

History agrees with Böhm-Bawerk. He discusses further the impact competition has on price, outside of the amount of time used to produce the goods, especially in regards to the monopolization of goods. After stacking these factors up against each other Eugene Böhm Von Bawerk writes:

“This is what Marx does. He declares most emphatically that nothing can be at the root of exchange relations but quantity of labor alone; He argues strenuously with the economists who acknowledge other determinants of value and price beside the quantity of labor” – Böhm-Bawerk

The book goes deep in on Marx and his theories, testing them and the arguments for them in a detail, using Marx’s own work as a reference point along the way. “Karl Marx and the Close of his System” is a great book for anyone that is economy-curious and want a good read from one of the hidden gems of the classical liberal economists – It is worth a readthrough on the merit of Eugene Böhm Von Bawerk showing how Marx’s theory explains that mice and elephants life-length is the same, taken at face value. Get the free digital copy for your electronic device or a hardback for your bookshelf today! 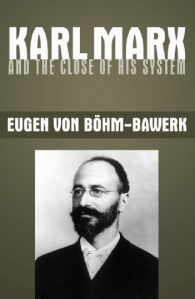 YOU CAN GET A COPY OF THE BOOK HERE: